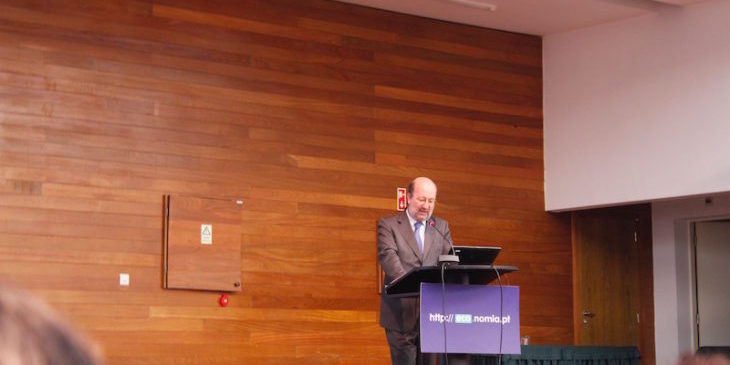 It was on October 20th that at the Higher School of Technology and Management of the Polytechnic Institute of Leiria (IPL) the Environment Minister João Pedro Matos Fernandes (in the image) launched in Eco.constroi the priorities and initiatives that in the construction sector must fulfill the objectives of the National Plan for the circular economy.

There were several approaches to the theme that dominated the auditorium full of institutions, companies and students of the IPL, but all of them seeking to place emphasis on changes in mentality, management processes and new forms of cooperation namely with Universities.

The Secretary of State for Housing, Ana Pinho who closed the event, adding that the government will mainly support the rehabilitation and revaluation of the existing building to the detriment of new construction. It mentioned a number of measures relating to taxation, but also to investment support in this area of ​​crucial importance to the national economy.

Workers are an essential part of the development of Duartes e Sales
26 May, 2018

Visit to CENFIC to improve Human Resources qualification
16 May, 2018

Meetings with the Dakar Chamber of Commerce and Industry and other local entities
10 March, 2018
Go to Top